Arms in the '80s: New Developments in the Global Arms Race (Paperback) 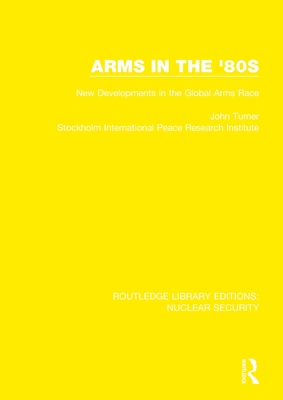 In the 1980s the world spent an enormous amount on preparations for war. Year by year, more and more resources went into the military sector. More and more complex weapon systems were devised. At the time, of all research scientists and engineers in the world, more than one in four was working for the military.

Throughout the 40 years since the end of World War II, the technological arms race continued. Then began moving faster. The United States lead the way, followed by the Soviet Union. Between them, they possessed some 50 000 nuclear warheads--more than enough to destroy the world. They planned to increase the number, to make the weapons more accurate, and to base them on new weapon platforms closer to the borders of the other side. Some people preferred not to think about these things. Many, however, were becoming increasingly concerned--wondering about the future for themselves and for their children. Originally published in 1985, this book was for those who wanted to know what was happening. What new missiles were being built? What was happening in outer space? What are the facts about chemical weapons? What progress was being made (if any) in Geneva, Vienna and Stockholm, where the powers were negotiating on these matters?