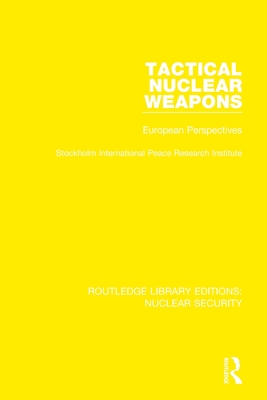 By Stockholm International Peace Research I
$58.50

In the 1970s tactical nuclear warfare was a topical issue. The introduction of the new generation of tactical nuclear weapons into Europe could have had disastrous consequences. These new weapons had already been developed by nuclear-weapon laboratories and pressures were growing for their deployment.

The fact has to be faced that any use of nuclear weapons is almost certain to escalate until all available weapons are used. To believe otherwise is to believe that one side will surrender before it has used all the weapons in its arsenal. History shows that this is most unlikely to happen.

Because of its importance, SIPRI organized a meeting to discuss the whole question. Originally published in 1978, this book is the outcome of that meeting.