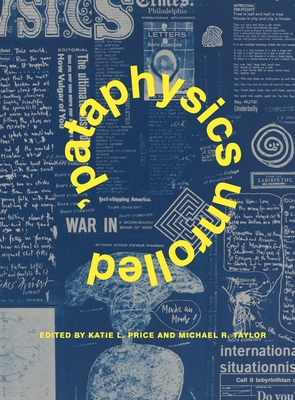 In the 1890s, French poet and playwright Alfred Jarry founded pataphysics, the absurdist "science of imaginary solutions," a concept that has been nominally recognized as the precursor to Dadaism, Surrealism, and the Theater of the Absurd, among other movements. Over a century after Jarry "made the gesture of dying," Katie L. Price and Michael R. Taylor argue that it is time to take the comedic intervention of pataphysics seriously.

'Pataphysics Unrolled collects critical and creative essays to create an unauthorized account of pataphysical experimentation from its origins in the late nineteenth century through the contemporary moment. Reaching beyond the geographic and cultural boundaries normally associated with pataphysics, this volume presents rich readings of pataphysical syzygy, traces the influence of pataphysics across disciplines and outside of coteries such as the Coll ge de 'Pataphysique, and asks fundamental questions about the field of modern and contemporary studies that challenge distinctions between the modern and the postmodern, high and low culture, the serious and the comic. Touching on disciplines such as literature, art, architecture, education, music, and technology, this book reveals how pataphysics has been a platform and medium for persistent intellectual, poetic, conceptual, and artistic experimentation for over a century.