Among the Woo People: A Survival Guide for Living in a College Town (Keystone Books) (Paperback) 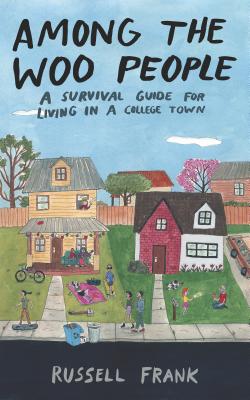 This humorous peek at life in a college town smack-dab in the middle of rural Pennsylvania chronicles a changing community over the course of two eventful decades. A professor of journalism, former columnist for the Centre Daily Times, and contributor to StateCollege.com, Frank has a unique perspective on living in the shadow of a university--especially on the tribe of nomadic young adults known as the "Woo people," so named for their signature mode of celebratory communication. He invites readers into the routines of his hectic household as they embrace their new home, skewers the culture of intercollegiate sports, relates the challenges and peculiarities of teaching at one of the nation's largest universities, and, most important, teaches us to be amused at college-kid antics and to appreciate their academic and real-world accomplishments, even as we anxiously tick off the days until semester's end.

From tales of missing porch furniture and red plastic cups in the bushes to a "Nude Year's Eve" run by an octet of forty-somethings to the sweet relief of summer, Frank's hilarious, insightful essays are indispensable for anyone who wants to survive, appreciate, and enjoy college-town life.

Russell Frank is a columnist with work in the Centre Daily Times, the Hill, the Conversation, StateCollege​.com, and other publications. He is also Associate Professor of Communications at Penn State University.