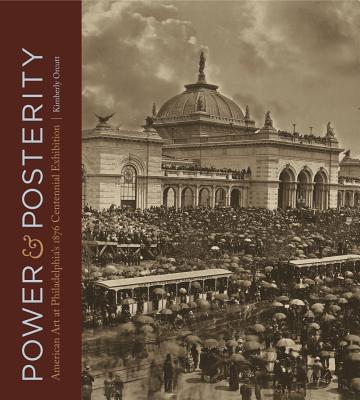 A milestone in American cultural history, the 1876 Centennial Exhibition in Philadelphia was one of the most broadly shared, heavily attended, and thoroughly documented public experiences of the nineteenth century. Power and Posterity illuminates how the art featured in the celebration informed and reflected national debates over the country's identity and its role in the world.

The Centennial's fine arts display, which included both a government-sanctioned selection of American works and significant contributions from sixteen other countries, spurred a transformation in the American art world. Drawing from official records, published criticism, guidebooks, poems, and satire, Kimberly Orcutt provides a nuanced, in-depth study of the exhibition. She considers the circumstances of the artworks' creation, the ideological positions expressed through their installation, and the responses of critics, collectors, and the general public as they evolved from antebellum nationalism to a postwar cosmopolitanism in which artists and collectors took the international stage. Orcutt reveals how the fair democratized the fine arts, gave art criticism newfound reach and authority, and led art museums to proliferate across the country.

Deeply researched, thoughtfully written, and featuring a mix of more than eighty full-color and black-and-white illustrations, this thorough and insightful book will appeal to those interested in American culture and history, the art world, and world's fairs and exhibitions in Philadelphia and beyond.