The Evolution of Taste in American Collecting (Hardcover) 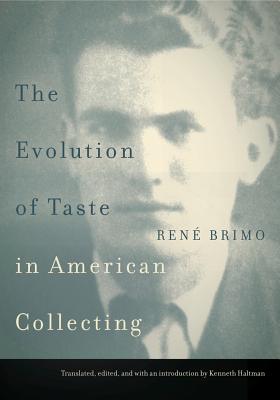 The Evolution of Taste in American Collecting is a new critical translation of Ren Brimo's classic study of eighteenth- and nineteenth-century patronage and art collecting in the United States. Originally published in French in 1938, Brimo's foundational text is a detailed examination of collecting in America from colonial times to the end of World War I, when American collectors came to dominate the European art market. This work helped shape the then-fledgling field of American art history by explaining larger cultural transformations as manifested in the collecting habits of American elites. It remains the most substantive account of the history of collecting in the United States.

In his introduction, Kenneth Haltman provides a biographical study of the author and his social and intellectual milieu in France and the United States. He also explores how Brimo's work formed a turning point and initiated a new area of academic study: the history of art collecting.

Making accessible a text that has until now only been available in French, Haltman's elegant translation of The Evolution of Taste in American Collecting sheds new critical light on the essential work of this extraordinary but overlooked scholar.