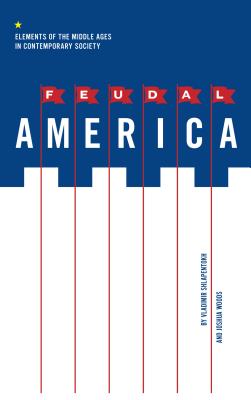 Do Americans live in a liberal capitalist society, where evenhanded competition rules the day, or a society in which big money, private security, and personal relations determine key social outcomes? Vladimir Shlapentokh and Joshua Woods argue that the answer to these questions cannot be found among the conventional models used to describe the nation. Offering a new analytical tool, the authors present a provocative explanation of the nature of contemporary society by comparing its essential characteristics to those of medieval European societies.

Their feudal model emphasizes five elements: the weakness of the state and its inability to protect its territory, guarantee the security of its citizens, and enforce laws; conflicts and collusions between and within organizations that involve corruption and other forms of illegal or semilegal actions; the dominance of personal relations in political and economic life; the prevalence of an elitist ideology; and the use of private agents and organizations for the provision of safety and security. Feudal America urges readers to suspend their forward-thinking and futurist orientations, question linear notions of social and historical progression, and look for explanations of contemporary social problems in medieval European history.