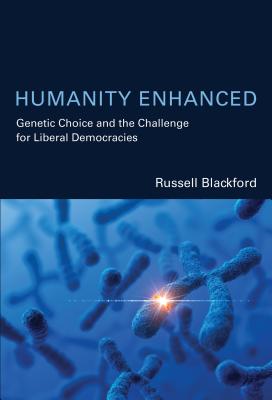 An argument that modern liberal democracies should tolerate human enhancement technologies, answering key objections by critics of these practices.

Emerging biotechnologies that manipulate human genetic material have drawn a chorus of objections from politicians, pundits, and scholars. In Humanity Enhanced, Russell Blackford eschews the heated rhetoric that surrounds genetic enhancement technologies to examine them in the context of liberal thought, discussing the public policy issues they raise from legal and political perspectives. Some see the possibility of genetic choice as challenging the values of liberal democracy. Blackford argues that the challenge is not, as commonly supposed, the urgent need for a strict regulatory action. Rather, the challenge is that fear of these technologies has created an atmosphere in which liberal tolerance itself is threatened.

Focusing on reproductive cloning, pre-implantation genetic diagnosis of embryos, and genetic engineering, Blackford takes on objections to enhancement technologies (raised by J rgen Habermas and others) based on such concerns as individual autonomy and distributive justice. He argues that some enhancements would be genuinely beneficial, and that it would be justified in some circumstances even to exert pressure on parents to undertake genetic modification of embryos. Blackford argues against draconian suppression of human enhancement, although he acknowledges that some specific and limited regulation may be required in the future. More generally, he argues, liberal democracies would demonstrate liberal values by tolerating and accepting the emerging technologies of genetic choice.

Russell Blackford is Conjoint Lecturer in the School of Humanities and Social Science at the University of Newcastle, Australia, and is editor in chief of The Journal of Evolution and Technology. He is the author of Freedom of Religion and the Secular State as well as several science fiction novels.