Medical Storyworlds: Health, Illness, and Bodies in Russian and European Literature at the Turn of the Twentieth Century (Paperback) 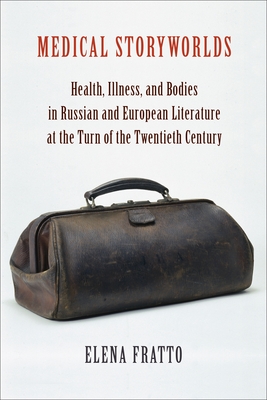 Though often seen as scientific or objective, medicine has a fundamentally narrative aspect. Much like how an author constructs meaning around fictional events, a doctor or patient narrates the course of an illness and treatment. In what ways have literary and medical storytelling intersected with and shaped each other? In Medical Storyworlds, Elena Fratto examines the relationship between literature and medicine at the turn of the twentieth century--a period when novelists were experimenting with narrative form and the modern medical establishment was taking shape. She traces how Russian writers such as Dostoevsky, Tolstoy, and Bulgakov responded to contemporary medical and public health prescriptions, placing them in dialogue with French and Italian authors including Romains and Svevo and such texts as treatises by Paul Broca and Cesare Lombroso. In nuanced readings of these works, Fratto reveals how authors and characters question the rhetoric and authority of medicine and public health in telling stories of mortality, illness, and well-being. In so doing, she argues, they provide alternative ways of thinking about the limits and possibilities of human agency and free will. Bridging the medical humanities, European literary studies, and Slavic studies, Medical Storyworlds shows how narrative theory and canonical literary texts offer a new lens on today's debates in medical ethics and bioethics.

Elena Fratto is an assistant professor in the Department of Slavic Languages and Literatures at Princeton University.