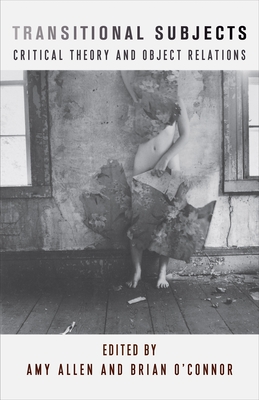 Critical social theory has long been marked by a deep, creative, and productive relationship with psychoanalysis. Whereas Freud and Fromm were important cornerstones for the early Frankfurt School, recent thinkers have drawn on the object-relations school of psychoanalysis. Transitional Subjects is the first book-length collection devoted to the engagement of critical theory with the work of Melanie Klein, Donald Winnicott, and other members of this school. Featuring contributions from some of the leading figures working in both of these fields, including Axel Honneth, Joel Whitebook, No lle McAfee, Sara Beardsworth, and C. Fred Alford, it provides a synoptic overview of current research at the intersection of these two theoretical traditions while also opening up space for further innovations. Transitional Subjects offers a range of perspectives on the critical potential of object-relations psychoanalysis, including feminist and Marxist views, to offer valuable insight into such fraught social issues as aggression, narcissism, "progress," and torture. The productive dialogue that emerges augments our understanding of the self as intersubjectively and socially constituted and of contemporary "social pathologies." Transitional Subjects shows how critical theory and object-relations psychoanalysis, considered together, have not only enriched critical theory but also invigorated psychoanalysis.

Amy Allen is Liberal Arts Professor of Philosophy and Women's, Gender, and Sexuality Studies and head of the Department of Philosophy at the Pennsylvania State University. Her books include, most recently, The End of Progress: Decolonizing the Normative Foundations of Critical Theory (Columbia, 2016). Brian O'Connor is professor of philosophy at University College Dublin. His books include Adorno (2013) and Idleness: A Philosophical Essay (2018).