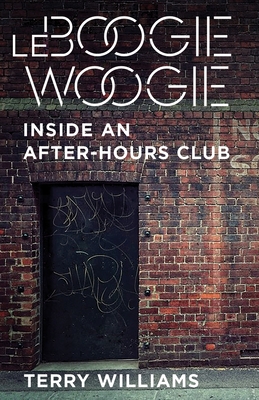 By Terry Williams
Email or call for price
Ships from Warehouse, Usually in 1-8 Days

The "after-hours club" is a fixture of the African American ghetto. It is a semisecret, unlicensed "spot" where "regulars" and "tourists" mingle with "hustlers" to buy and use drugs long after regular bars are closed and the party has ended for the "squares." After-hours clubs are found in most cities, but for people outside of their particular milieu, they are formidably difficult to identify and even more difficult to access. The sociologist Terry Williams returns to the cocaine culture of Harlem in the 1980s and '90s with an ethnographic account of a club he calls Le Boogie Woogie. He explores the life of a cast of characters that includes regulars and bar workers, dealers and hustlers, following social interaction around the club's active bar, with its colorful staff and owner and the "sniffers" who patronize it. In so doing, Williams delves into the world of after-hours clubs, exploring their longstanding function in the African American community as neighborhood institutions and places of autonomy for people whom mainstream society grants few spaces of freedom. He contrasts Le Boogie Woogie, which he visited in the 1990s, with a Lower East Side club, dubbed Murphy's Bar, twenty years later to show how "cool" remains essential to those outside the margins of society even as what it means to be "cool" changes. Le Boogie Woogie is an exceptional ethnographic portrait of an underground culture and its place within a changing city.

Terry Williams is a professor in the Department of Sociology at the New School for Social Research. He is the author or coauthor of many books, including, most recently, The Con Men: Hustling in New York City (Columbia, 2015) and Teenage Suicide Notes: An Ethnography of Self-Harm (Columbia, 2017).