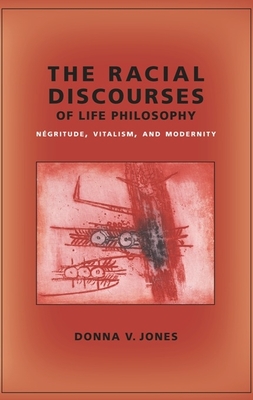 In the early twentieth century, the life philosophy of Henri Bergson summoned the lan vital, or vital force, as the source of creative evolution. Bergson also appealed to intuition, which focused on experience rather than discursive thought and scientific cognition. Particularly influential for the literary and political N gritude movement of the 1930s, which opposed French colonialism, Bergson's life philosophy formed an appealing alternative to Western modernity, decried as "mechanical," and set the stage for later developments in postcolonial theory and vitalist discourse. Revisiting narratives on life that were produced in this age of machinery and war, Donna V. Jones shows how Bergson, Nietzsche, and the poets Leopold Senghor and Aim C saire fashioned the concept of life into a central aesthetic and metaphysical category while also implicating it in discourses on race and nation. Jones argues that twentieth-century vitalism cannot be understood separately from these racial and anti-Semitic discussions. She also shows that some dominant models of emancipation within black thought become intelligible only when in dialogue with the vitalist tradition. Jones's study strikes at the core of contemporary critical theory, which integrates these older discourses into larger critical frameworks, and she traces the ways in which vitalism continues to draw from and contribute to its making.

Donna V. Jones is an associate professor of English at the University of California, Berkeley, and has taught at Stanford University and Princeton University. Her next project is The Promise of European Decline: Race and Historical Pessimism in the Era of the Great War.