Some Words of Jane Austen (Paperback) 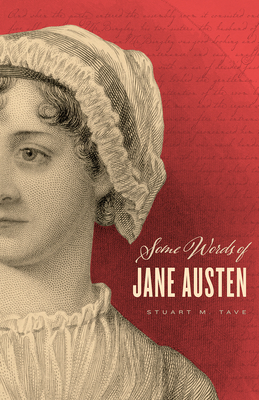 Jane Austen’s readers continue to find delight in the justness of her moral and psychological discriminations. But for most readers, her values have been a phenomenon more felt than fully apprehended. In this book, Stuart M. Tave identifies and explains a number of the central concepts across Austen’s novels—examining how words like “odd,” “exertion,” and, of course, “sensibility,” hold the key to understanding the Regency author’s language of moral values. Tracing the force and function of these words from Sense and Sensibility to Persuasion, Tave invites us to consider the peculiar and subtle ways in which word choice informs the conduct, moral standing, and self-awareness of Austen’s remarkable characters.

Stuart M. Tave is the William Rainey Harper Professor Emeritus at the University of Chicago.

“Tave’s book is one critical study of her novels which Jane Austen could have read with nothing but pleasure, so accurately and subtly does he probe the profound meaning of her art. Tave’s work is, very probably, the best interpretation of Austen’s meaning ever written; certainly it will be, henceforth, the achievement against which all other such inquiries will have to be measured. . . . The old is made fresh, and the new, familiar, as Tave continually produces, by virtue of his masterful grasp of the Austen canon, new ore from what one might have supposed to be exhausted veins.”
— Walter E. Anderson