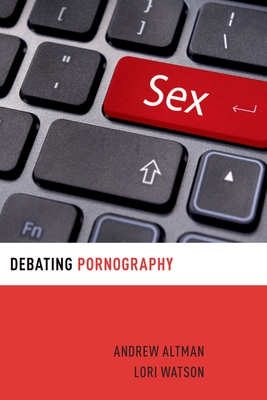 Since the sexual revolution of the 1960s, debates over pornography have raged, and the explosive spread in recent years of sexually explicit images across the Internet has only added more urgency to these disagreements. Politicians, judges, clergy, citizen activists, and academics have weighed
in on the issues for decades, complicating notions about what precisely is at stake, and who stands to benefit or be harmed by pornography. This volume takes an unusual but radical approach by analyzing pornography philosophically. Philosophers Andrew Altman and Lori Watson recalibrate debates by viewing pornography from distinctly ethical platforms -- namely, does a person's right to produce and consume pornography supersede a person's
right to protect herself from something often violent and deeply misogynistic? In a for-and-against format, Altman first argues that there is an individual right to create and view pornographic images, rooted in a basic right to sexual autonomy. Watson counteracts Altman's position by arguing that pornography inherently undermines women's equal status. Central to their
disagreement is the question of whether pornography truly harms women enough to justify laws aimed at restricting the production and circulation of such material. Through this debate, the authors address key questions that have dogged both those who support and oppose pornography: What is
pornography? What is the difference between the material widely perceived as objectionable and material that is merely erotic or suggestive? Do people have a right to sexual arousal? Does pornography, or some types of it, cause violence against women? How should rights be weighed against
consequentialist considerations in deciding what laws and policies ought to be adopted? Bolstered by insights from philosophy and law, the two authors engage in a reasoned examination of questions that cannot be ignored by anyone who takes seriously the values of freedom and equality.

Andrew Altman is Distinguished University Professor of Philosophy at Georgia State University. He specializes in contemporary legal and political philosophy and has published three books, as well as dozens of articles in such journals as Philosophy and Public Affairs, Ethics, and Legal Theory. Heis the author of the entries Civil Rights and Discrimination in the Stanford Encyclopedia of Philosophy. Lori Watson is Professor and Chair of Philosophy at University of San Diego and affiliate faculty in the School of Law. She specializes in political philosophy, feminism, and legal philosophy. Her book, Equal Citizenship and Public Reason: A Feminist Political Liberalism (co-authored with ChristieHartley), was published by Oxford University Press in 2018. She is currently working on Debating Sex Work (with Jessica Flannigan), forthcoming from OUP.