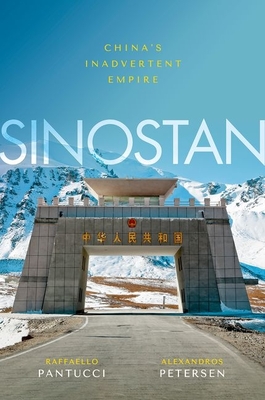 Based on more than a decade's writing, research, and travel, this book offers a rare glimpse into China's expanding economic, cultural, and political power in the Eurasian heartland. China's rise is changing the world. Much attention has been given to how China's geo-economic vision is playing out in the global economy, or how its technology is reshaping the planet, yet it is over its western borders, in Central Asia, that China's influence has been quietly expanding in a more pervasive way. It is here that you can find the first strand of Xi Jinping's grand Belt and Road Initiative, China's new Silk Road to the West. It is to the Eurasian heartland that we can look for an understanding of China's new foreign policy vision and its consequences. In Sinostan, two acclaimed foreign policy experts recount their travels across Central Asia to keep their finger on the pulse and tell the story of China's growing influence. They interview Chinese traders in latter day Silk Road bazaars; climb remote mountain passes threatened by construction; commiserate with Afghan archaeologists charged with saving centuries-old Buddhist ruins before they are swept away by mining projects; meet with eager young Central Asians learning Mandarin; and sit with officials in all five Central Asian capitals, bearing witness to a region increasingly transformed by Beijing's presence. Their stories and experiences illustrate how China's foreign policy initiative has expressed itself on the ground, and what it means for those living both within and beyond the boundaries of its 'inadvertent empire'.

Raffaello Pantucci, Senior Associate Fellow, Royal United Services Institute and Senior Fellow at the S. Rajaratnam School of International Studies (RSIS) in Singapore, Alexandros Petersen, an academic, writer, and geopolitical energy specialist, Raffaello Pantucci is an internationally acclaimed foreign and security policy expert. He is a Senior Fellow at the S. Rajaratnam School of International Studies (RSIS) in Singapore and a Senior Associate Fellow at the Royal United Services Institute (RUSI) in London. He has worked at influential strategic studies think tanks in London, Washington, and Shanghai, providing advice to governments, international organizations, and companies alike. He is a regular contributor to the Financial Times, New York Times, and Foreign Policy. Alexandros Petersen was an academic, writer, geopolitical energy expert. He published three books and over 120 articles, reports, and chapters in books, and made more than 50 media appearances internationally. Petersen addressed the implications of the West withdrawing its engagement from the Caucasus and Central Asia, the expansion of Chinese influence, and Russia's strategic interests. He taught at the American Universities of Afghanistan and Central Asia, having lived and travelled extensively across Eurasia. He was killed in a Kabul restaurant bombing and shooting attack.