Land and Literature in a Cosmopolitan Age (Hardcover) 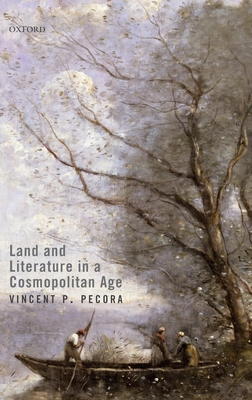 European culture after the Franco-Prussian War of 1870-71 was no stranger to ancient beliefs in an organic, religiously sanctioned, and aesthetically pleasing relationship to the land. The many resonances of this relationship form a more or less coherent whole, in which the supposed cosmopolitanism of the modern age is belied by a deep commitment to regional, nationalist, and civilizational attachments, including a justifying theological armature, much of which is still with us today. This volume untangles the meaning of the vital geographies of the period, including how they shaped its literature and intellectual life.

Vincent P. Pecora, Gordon B. Hinckley Presidential Professor of British Studies, University of Utah Vincent P. Pecora is the Gordon B. Hinckley Presidential Professor of British Studies at the University of Utah. He has taught at the University of Arkansas (1984-85), the University of California, Los Angeles (1985-2005), and has directed summer seminars for the School of Criticism and Theory (2002) and the Social Science Research Council (2010 and 2014). He is the author of Self and Form in Modern Narrative (Johns Hopkins University Press, 1989), Households of the Soul (Johns Hopkins University Press, 1997), Secularization and Cultural Criticism: Religion, Nation, and Modernity (University of Chicago Press, 2006), Secularization without End: Beckett, Mann, and Coetzee (University of Notre Dame Press, 2015), and he is the editor of Nations and Identities: Classic Readings (Blackwell Publishers, 2001), and a founding co-editor of the on-line Routledge Encyclopedia of Modernism.