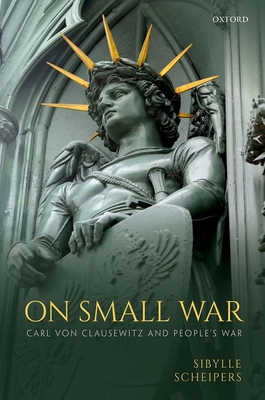 Carl von Clausewitz has long been interpreted as the paradigmatic thinker of major interstate war. This book challenges this assumption by showing that Clausewitz was an ardent analyst of small war and integrated many aspects of his early writings on partisan warfare and people's war into his magnum opus, On War. It reconstructs Clausewitz's intellectual development by placing it in the context of his engagement with the political and philosophical currents of his own times - German Idealism, Romanticism, and Humanism. The central question that Clausewitz and his contemporaries faced was how to defend Prussia and Europe against Napoleon's expansionist strategy. On the one hand, the nationalization of war that had occurred as a result of the French Revolution could only be countered by drawing the people into the defence of their own countries. On the other, this risked a descent into anarchy and unchecked terror, as the years 1793 and 1794 in France had shown. Throughout his life Clausewitz remained optimistic that the institution of the Prussian Landwehr could achieve both an effective defence of Prussia and a social and political integration of its citizens. Far from leaving behind his early advocacy of people's war, Clausewitz integrated it systematically into his mature theory of war. People's war was war in its existential form; it risked escalating into 'absolute war'. However, if the threat of defensive people's war had become a standard option of last resort in early-nineteenth century
Europe, it could also function as a safeguard of the balance of power.