The Bible in History 2nd Edition: How the Texts Have Shaped the Times (Paperback) 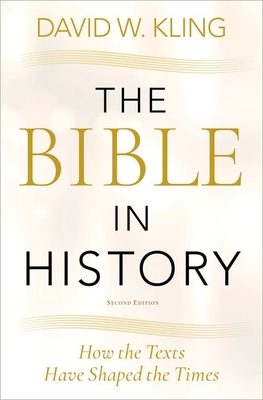 Over 15 years after its original publication The Bible in History remains an essential examination of the symbiotic relationship between Scripture and the social and cultural contexts shaping its interpretation. David W. Kling traces the fascinating story of how specific biblical texts-sometimes a single verse, other times a selection of verses or chapters, even books-have at various times emerged to be the inspiration of movements that have changed the course of history. Episodes range from Anthony's call to the desert and a life of monasticism after hearing Jesus's directive to the "rich young rule" to give up his possessions, to the Anabaptists non-violent ethic in following Jesus' teaching in the Sermon on the Mount, to the varied applications of the exodus motif in African American history. This revised and expanded second edition adds two new chapters. The first examines the text in Matthew 28:18-20 and considers the multitudinous interpretations before, during, and after the text emerged as the iconic "Great Commission" of missionary motivation in the modern period. The second assesses those biblical texts that encompass the divisive and ongoing issue of male homosexuality. Both chapters engage the question of, "how the texts have shaped the times," but, as Kling argues, the "times" have also exerted an enormous impact on shaping the interpretation of the texts, and hence, on the continuing disputes over the meaning of those texts.

David W. Kling is a Professor in the Department of Religious Studies at the University of Miami. He is the author of A History of Christian Conversion (Oxford, 2020).