The Fate of Progress in British Romanticism (Hardcover) 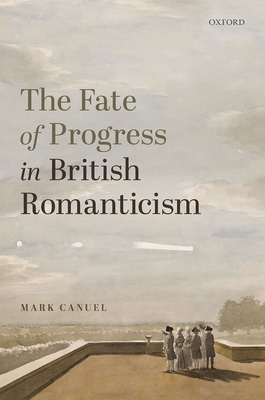 What did Romantic writers mean when they wrote about progress and perfection? This book shows how Romantic writers inventively responded to familiar ideas about political progress which they inherited from the eighteenth century. Whereas earlier writers such as Voltaire and John Millar likened improvements in political institutions to the progress of the sciences or refinement of manners, the novelists, poets, and political theorists examined in this book reimagined politically progressive thinking in multiple genres. While embracing a commitment to optimistic improvement--increasing freedom, equality, and protection from injury--they also cultivated increasingly visible and volatile energies of religious and political dissent. Earlier narratives of progress tended not only to edit and fictionalize history but also to agglomerate different modes of knowledge and practice in their quest to describe and prescribe uniform cultural improvement. But romantic writers seize on
internal division and take it less as an occasion for anxiety, exclusion, or erasure, and more as an impetus to rethink the groundwork of progress itself. Political entities, from Percy Shelley's plans for political reform to Charlotte Smith's motley associations of strangers in The Banished Man, are progressive because they advance some version of collective utility or common good. But they simultaneously stake a claim to progress only insofar as they paradoxically solicit contending vantage points on the criteria for the very public benefit which they passionately pursue. The majestic edifices of Wordsworth's imagined university in The Prelude embrace members who are republican or pious, not to mention the recalcitrant enthusiast who is the poet himself.