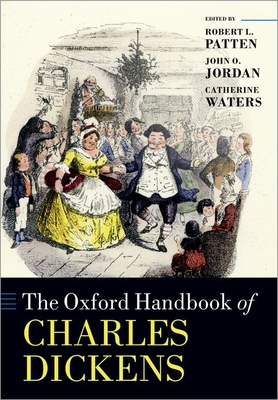 The Oxford Handbook of Charles Dickens is a comprehensive and up-to-date collection on Dickens's life and works. It includes original chapters on all of Dickens's writing and new considerations of his contexts, from the social, political, and economic to the scientific, commercial, and
religious. The contributions speak in new ways about his depictions of families, environmental degradation, and improvements of the industrial age, as well as the law, charity, and communications. His treatment of gender, his mastery of prose in all its varieties and genres, and his range of affects
and dramatization all come under stimulating reconsideration. His understanding of British history, of empire and colonization, of his own nation and foreign ones, and of selfhood and otherness, like all the other topics, is explained in terms easy to comprehend and profoundly relevant to global
modernity.

Robert L. Patten, Senior Research Fellow, Institute of English Studies, School of Advanced Study, University of London, John O. Jordan, Research Professor of Literature, University of California, Santa Cruz and Director, The Dickens Project, Catherine Waters, Professor of Victorian Literature andPrint Culture, University of Kent John O. Jordan is Research Professor of Literature and Director of the Dickens Project at the University of California, Santa Cruz. He is the author of Supposing Bleak House (University of Virginia Press, 2011). He edited The Cambridge Companion to Charles Dickens (2001) and has co-edited severalessay collections on Victorian Literature and on Dickens, most recently Global Dickens (Ashgate 2012). Robert L. Patten writes primarily about Victorian literature, graphic arts, and print culture. He has co-edited volumes of essays on Dickens with John O. Jordan (Literature in the Marketplace, Cambridge, 1995) and John Bowen (Palgrave Advances in Charles Dickens Studies, Palgrave, 2006). His bookson Dickens include Charles Dickens and His Publishers (Oxford, 1978; 2nd edn. enlarged, 2017) and the Colby prize winning Charles Dickens and Boz: The Birth of the Industrial-Age Author, Cambridge, 2012). His two-volume biography, George Cruikshank's Life, Times, and Art (Rutgers, 1992, 1996) wasnamed the best biography of the 1990s by the Guardian. And for the Ashgate Library of Essays on Charles Dickens, a 6-volume series edited by Catherine Waters, he edited the volume on Dickens and Victorian Print Culture (2012). Catherine Waters is Professor of Victorian Literature and Print Culture at the University of Kent. She is the author of Dickens and the Politics of the Family (Cambridge University Press, 1997) and Commodity Culture in Dickens's Household Words: The Social Life of Goods (Ashgate, 2008). She isseries editor of the 6-volume collection, A Library of Essays on Charles Dickens (Ashgate, 2012) and has co-edited several essay collections devoted to Dickens, the most recent being Dickens and the Imagined Child, co-edited with Peter Merchant (Ashgate, 2015). She is a member of the editorialadvisory board of the Dickens Journals Online project and a vice-president of the Canterbury branch of the Dickens Fellowship.