Republic of Islamophobia: The Rise of Respectable Racism in France (Paperback) 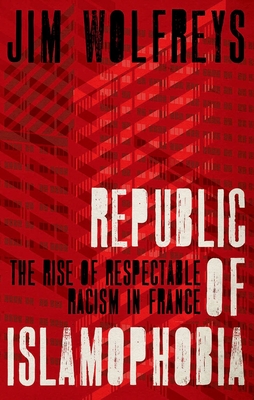 Why does Islamophobia dominate public debate in France?
Islamophobia in France is rising, with Muslims subjected to unprecedented scrutiny of what they wear, eat and say. Championed by Marine Le Pen and drawing on the French colonial legacy, France's 'new secularism' gives racism a respectable veneer. Jim Wolfreys exposes the dynamic driving this intolerance: a society polarized by inequality, and the authoritarian neoliberalism of the French political mainstream.
This officially sanctioned Islamophobia risks going unchallenged. It has divided the traditional anti-racist movement and undermined the left's opposition to bigotry. Wolfreys deftly unravels the problems facing those trying to confront today's rise in racism.
Republic of Islamophobia illuminates both the uniqueness of France's anti-Muslim backlash and its broader implications for the West.

James Wolfreys lectures in French and European politics at King's College London. He is co-author (with Peter Fysh) of The Politics of Racism in France.