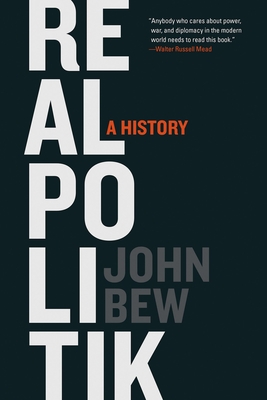 Since its coinage in mid-19th century Germany, Realpolitik has proven both elusive and protean. To some, it represents the best approach to meaningful change and political stability in a world buffeted by uncertainty and rapid transformation. To others, it encapsulates an attitude of cynicism and cold calculation, a transparently self-justifying policy exercised by dominant nations over weaker. Remolded across generations and presupposed to its political and ideological moment, Realpolitik remains a touchstone for discussion about statecraft and diplomacy. It is a freighted concept. Historian John Bew explores the genesis of Realpolitik, tracing its longstanding and enduring relevance in political and foreign policy debates. Bew's book uncovers the context that gave birth to Realpolitik--that of the fervor of radical change in 1848 in Europe. He explains its application in the conduct of foreign policy from the days of Bismarck onward. Lastly, he illuminates its translation from German into English, one that reveals the uniquely Anglo-American version of realpolitik--small r--being practiced today, a modern iteration that attempts to reconcile idealism with the pursuit of national interests. Lively, encyclopedic, and utterly original, Realpolitik: A History illuminates the life and times of a term that has shaped and will continue to shape international relations.

John Bew teaches history and foreign policy at the War Studies Department at King's College London. Previously he was a Lecturer in Modern British History at Cambridge. In 2013 he was named to the Kissinger Chair at the John W. Kluge Center at the Library of Congress. He is the author for four books, most recently Castlereagh: A Life.