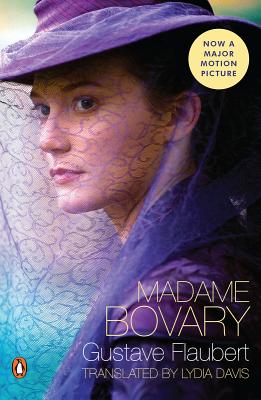 Emma Bovary is the original desperate housewife. Beautiful but bored, she is married to the provincial doctor Charles Bovary yet harbors dreams of an elegant and passionate life. Escaping into sentimental novels, she finds her fantasies dashed by the tedium of her days. Motherhood proves to be a burden; religion is only a brief distraction. In an effort to make her life everything she believes it should be, she spends lavishly on clothes and on her home and embarks on two disappointing affairs. Soon heartbroken and crippled by debts, Emma takes drastic action with tragic consequences for her husband and daughter.

When published in 1857, Madame Bovary was deemed so lifelike that many women claimed they were the model for its heroine. Today the novel is considered the first masterpiece of realist fiction. In this landmark translation, Lydia Davis honors the nuances and particulars of a style that has long beguiled readers of French, giving new life in English to the book that redefined the novel as an art form.

Gustave Flaubert (1821–1880) devoted himself to writing after illness interrupted his career in law in his early twenties. In addition to Madame Bovary, his greatest works include Sentimental Education and Bouvard and Pécuchet.
Lydia Davis was named an Officier of the Order of Arts and Letters by the French government for her fiction and her translations. She is the author of one novel and several volumes of stories, including the New York Times bestseller Can’t and Won’t and the National Book Award finalist Varieties of Disturbance. A MacArthur Fellow, she won the 2013 Man Booker International Prize.

“[Flaubert’s] masterwork has been given the English translation it deserves.”
—Kathryn Harrison, The New York Times Book Review

“Dazzling . . . translated to perfect pitch . . . [Davis has] left us the richer with this translation. . . . I’d certainly say it is necessary to have hers.”
—Jacki Lyden, NPR.org, Favorite Books of the Year