The Age of Alexander (Paperback) 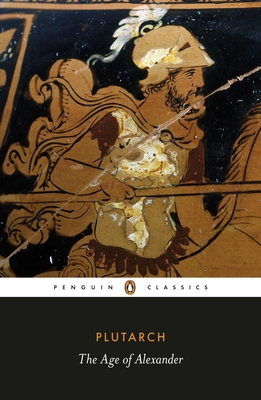 Plutarch's parallel biographies of the great men in Greek and Roman history are cornerstones of European literature, drawn on by countless writers since the Renaissance. This selection provides intimate glimpses into the lives of these men, revealing why the mild Artaxerxes forced the killer of his usurping brother to undergo the horrific "death of two boats"; why the noble Dion repeatedly risked his life for the ungrateful mobs of Syracuse; why Demosthenes delivered a funeral oration for the soldiers he had deserted in battle; and why Alexander self-destructed after conquering half the world.

Plutarch (c.50-c.120 AD) was a writer and thinker born into a wealthy, established family of Chaeronea in central Greece. He received the best possible education in rhetoric and philosophy, and traveled to Asia Minor and Egypt. Later, a series of visits to Rome and Italy contributed to his fame, which was given official recognition by the emperors Trajan and Hadrian. Plutarch rendered conscientious service to his province and city (where he continued to live), as well as holding a priesthood at nearby Delphi. His voluminous surviving writings are broadly divided into the "moral"works and the Parallel Lives of outstanding Greek and Roman leaders. The former (Moralia) are a mixture of rhetorical and antiquarian pieces, together with technical and moral philosophy (sometimes in dialogue form). The Lives have been influential from the Renaissance onwards.