The Autobiography of an Ex-Colored Man (Paperback) 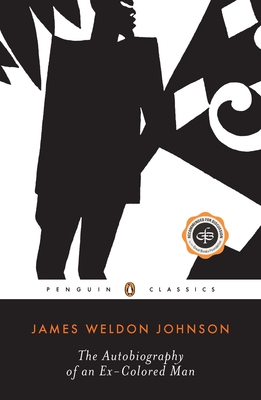 By James Weldon Johnson, William L. Andrews (Introduction by)
$12.00
On Our Shelves Now

Originally published in 1912, this novel was one of the first to present a frank picture of being black in America

Masked in the tradition of the literary confession practiced by such writers as St. Augustine and Rousseau, this "autobiography" purports to be a candid account of its narrator's private views and feelings as well as an acknowledgement of the central secret of his life: that though he lives as a white man, he is, by heritage and experience, an African-American. Written by the first black executive secretary of the NAACP, The Autobiography of an Ex-Colored Man, in its depiction of turn-of-the-century New York, anticipates the social realism of the Harlem Renaissance writers. In its unprecedented analysis of the social causes of a black man's denial of the best within himself, it is perhaps James Weldon Johnson's greatest service to his race.

James Weldon Johnson was born in Jacksonville, Florida, in 1871. Among the first to break through the barriers segregating his race, he was educated at Atlanta University and at Columbia and was the first black admitted to the Florida bar. He was also, for a time, a songwriter in New York, American consul in Venezuela and Nicaragua, executive secretary of the NAACP, and professor of creative literature at Fisk University—experiences recorded in his autobiography, Along This Way. Other books by him include Saint Peter Relates an Incident, Black Manhattan, and God's Trombones: Seven Negro Sermons in Verse. In addition to his own writing, Johnson was the editor of pioneering anthologies of black American poetry and spirituals. He died in 1938.

William L. Andrews is E. Maynard Adams Professor of English at the University of North Carolina at Chapel Hill. He is the author of To Tell a Free Story and editor or coeditor of more than thirty books on African American literature.