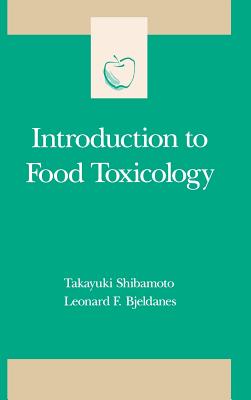 The area of food toxicology currently has a high profile of interest in the food industry, universities, and government agencies, and is certainly of great concern to consumers. There are many books which cover selected toxins in foods (such as plant toxins, mycotoxins, pesticides, or heavy metals), but this book represents the first pedagogic treatment of the entire range of toxic compounds found naturally in foods or introduced by industrial contamination or food processing methods. Featuring coverage of areas of vital concern to consumers, such as toxicological implications of food adulteration (as seen in ethylene glycol in wines or the Spanish olive oil disaster) or pesticide residues, Introduction to Food Toxicology will be of interest to students in toxicology, environmental studies, and dietetics as well as anyone interested in food sources and public health issues.

The number of students who are interested in toxicology has increased dramatically in the past several years. Issues related to toxic materials have received more and more attention from the public. The issues and potential problems are reported almost daily by the mass media, including television, newspapers, and magazines. Major misunderstandings and confusion raised by those reports are generally due to lack of basic knowledge about toxicology among consumers. This textbook provides the basic principles of food toxicology in order to help the general public better understand the real problems of toxic materials in foods.