Son of the Morning (Paperback) 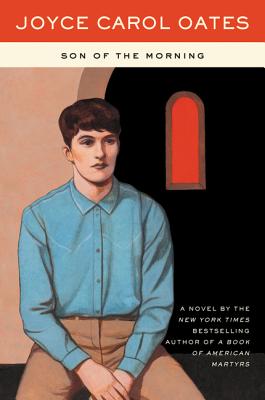 Joyce Carol Oates’s talent for searing psychological inquiry and her eye for detail as well as her knack for indelible character portrayals and unflinching social commentary are fully on display in Son of the Morning. Fans of her work will be thrilled to see this early novel, the influences of which can be observed in later tour-de-force works like A Book of American Martyrs and The Sacrifice.

Joyce Carol Oates is a recipient of the National Medal of Humanities, the National Book Critics Circle Ivan Sandrof Lifetime Achievement Award, the National Book Award, and the PEN/Malamud Award for Excellence in Short Fiction, and has been several times nominated for the Pulitzer Prize. She has written some of the most enduring fiction of our time, including the national bestsellers We Were the Mulvaneys, Blonde, which was nominated for the National Book Award, and the New York Times bestseller The Falls, which won the 2005 Prix Femina. Her most recent novel is A Book of American Martyrs. She is the Roger S. Berlind Distinguished Professor of the Humanities at Princeton University and has been a member of the American Academy of Arts and Letters since 1978.