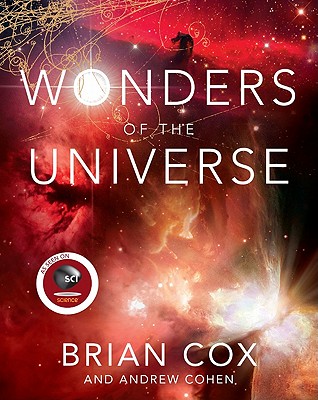 “Cox brings a magical enchantment to this life-changing book. . . . I swear that you will never be the same again after you turn the last page of this unique and irresistible book.” —Sunday Express (London)

Experience the cosmos as never before with Brian Cox’s Wonders of the Universe, a gorgeously illustrated, full-color companion to his wildly popular miniseries on the Discovery Channel and BBC. Breathtaking images brighten Cox’s enthralling exploration of the fascinating science and overwhelming majesty of natural phenomena from ocean currents to black holes. Cox, called “Carl Sagan with a Britpop haircut” by the Los Angeles Times, follows in the footsteps of Stephen Hawking and Brian Greene in this riveting and dynamic tour through the Wonders of the Universe.

Professor Brian Cox is a particle physicist at the University of Manchester. He worked on the ATLAS experiment at the Large Hadron Collider (LHC) at CERN, near Geneva, Switzerland. He previously held a Royal Society University Research Fellowship and a Particle Physics and Astronomy Research Council (PPARC) advanced research fellowship. Professor Cox has written and presented numerous TV series, including Wonders of the Solar System, Wonders of the Universe, Wonders of Life, Human Universe and Forces of Nature which he cowrote both the TV and book. He is also the co-presenter of The Infinite Monkey Cage radio series and book and co-presenter of Stargazing Live!. Cox has co-written several books on physics including Why does E=mc2? and The Quantum Universe, both with Jeff Forshaw.

Andrew Cohen is head of the BBC Science Unit and the executive producer of the Discovery Science series Wonders of Life. He began his career in science broadcasting and has been responsible for a wide range of science documentaries, including Horizon, Wonders of the Solar System, Wonders of the Universe, and Stargazing Live. An honorary lecturer in life sciences at the University of Manchester, he lives in London with his wife and three children.

“It’s as wonderful as the Universe!” — Stephen Colbert, The Colbert Report

“Cox brings a magical enchantment to this life-changing book. . . . Mindblowing . . . . I swear that you will never be the same again after you turn the last page of this unique and irresistible book.” — Sunday Express (London)

“Cox effortlessly explains the most complex and fundamental scientific truths. . . . His aim it to get all of us to understand our place in the cosmos.” — Sunday Times (London)